BACK OF THE BUFFALO SEAL -PUBLISHED 1936

The history and activities of the organizations which stand back of the Buffalo Seal, the insignia of the Interior Department, have been set forth in the foregoing pages. The Buffalo Seal, commemorating the conservation of the Bison which were on the verge of extinction before the Interior Dept., through the National Park Service , gave them protection and aid, symbolizes the coordinating of various conservation organizations into one Federal department operating under one head, the Secretary of the Interior. Since the Secretary of the Interior is also Administrator of Public Works and Chairman of the National Resources Committee, these two agencies may also be said to be back of the Buffalo Seal. In the performance of their duties, men and women of the Department and these allied agencies are doing their utmost to support the Buffalo Seal in its fullest significance, for the full benefit and enjoyment of the people.

US Department of the Interior

The seal consists of a male buffalo with the head and body in a left position, standing on a prairie, with mountains and a rising sun in the background, enclosed within two concentric circles, having the words “U.S. Department of the Interior” and the date “March 3, 1849” (when Congress created the department) inscribed in the top and bottom arcs within these circles.

The buffalo seal dates from 1917, when it was used as the emblem on the initial department flag and thereafter replaced the old version of the seal, which used a federal eagle. The eagle was reinstated for a few years in the 1920s, and a different seal was used from 1968-69, but on both occasions the buffalo seal was reinstated. 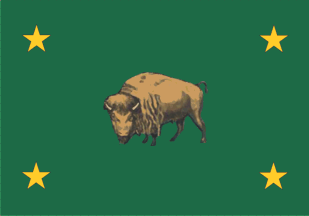 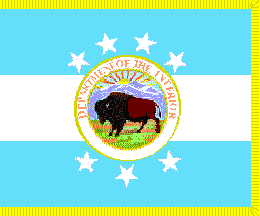 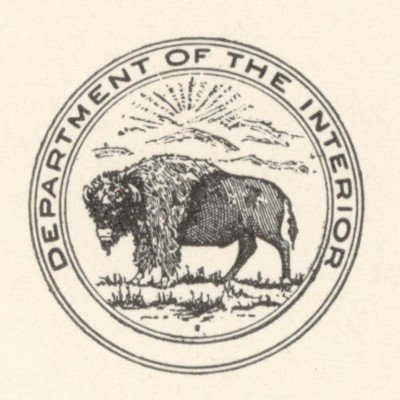 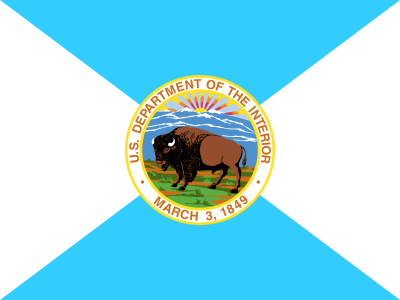