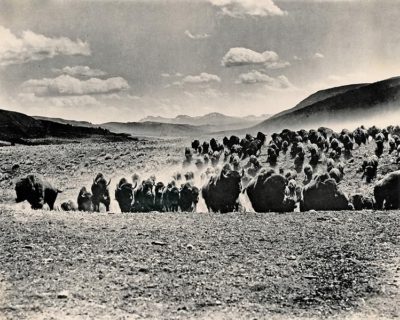 I am guessing these were taken around the 1880’s. Piegan country, again guessing Montana.

They were in a bio for Lee Russell, born in Dawson Ga. Dec. 1867, went to Texas in 1871. Driving his 1st herd to New Mexico at 15 years old and later became a ranch manager driving cattle to Montana. 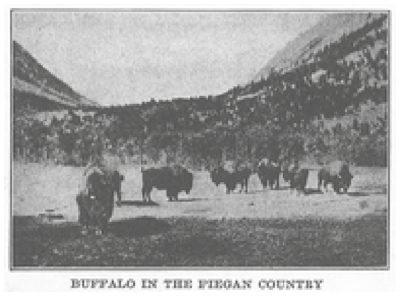 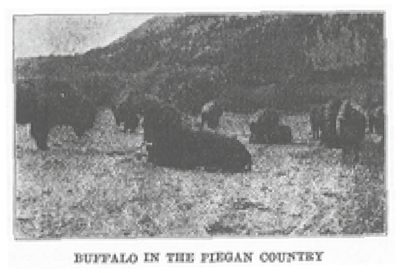 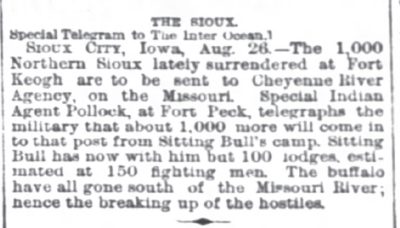 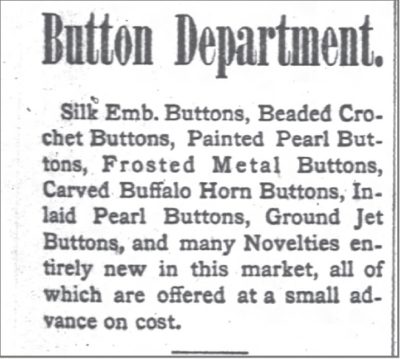 St. Paul Minn., Nov 16 – General Manager Sargent and the party of gentlemen who accompanied him to the end of the Northern Pacific track to witness the ceremony of driving silver spikes into ties at the point where the line of the road crosses the boundary-line between Dakota and Montana returned to this city this morning. This interesting occasion attracts public attention conspicuously to the rapid progress lately made by the Northern Pacific in its progress across the continent, and make some note of its operations of general interest. This railroad, which only a few years ago started out from the then outermost edge or Northwestern settlement in its bold march across a continent of trackless wilderness, has now accomplished nearly half its journey, and penetrated more than 500 miles into a region before abandon to the buffalo and the red men. The point where the representatives of Helena, the Capital of Montana, and of St. Paul, the Capital of Minnesota, have just met to celebrate the entry of the railroad into the former Territory, is in the very heart of the great Sioux Reservation, until lately almost as unknown as the interior of Africa, and the of the graded road has reached the spot very near that where Gen. Custer and his faded 300 were massacred by Sitting-Bull’s band only four years ago. The line has now fairly penetrated Montana, has reached the famous Yellowstone Valley, the discovery of whose wonders was heralded so recently, and there now remains only the breadth of a single Territory to cross to bind the Atlantic and Pacific together with the new iron tie, the shortest of all yet projected.
……Just previous to the driving of the silver spikes in Montana, Chief-Engineer Anderson, of the Northern Pacific, made the journey from the end of the track, across Montana, to Lake Pend Oreille, in Idaho, where the western construction begins. He traveled on foot and by wagon, making some changes in the route, for topographical reasons, and finding a new and easier pass through the mountains. This journey is preliminary to a new and vigorous progress through Montana next summer, when the road will be carried across the Yellowstone and a long distance into the heart of Montana. This new vigor of construction in the Northern Pacific management is an affair of recent date. Under the old Jay Cooke management the road was built from Duluth, at the head of Lake Superior, to Bismarck, on the Missouri, where it rested for seven years after the failures of 1873. Having accumulated resources, the present management recommended the work of construction last spring, crossed the Missouri, and pushed on across Dakota. Since that time about 183 miles of track have been laid, including the Missouri Division, from the Missouri to the Little Missouri, and the beginning of the Yellowstone Division, from the Little Missouri to the Yellowstone.
……It is the plan of the Company to build about 200 miles more next season and to continue the construction at this rate until the road is completed to the Pacific. The gaps which now remain to be closed are only about 800 miles, of which about 600 miles is the breadth of Montana. For a good part of this distance the road follows the valley of the Yellowstone, and the construction will not be particularly difficult. The point of difficulty here will be the crossing of the Rocky Mountains near the Idaho line, and they present a much smaller obstacle here then further south, on the line of the Central Pacific. Beyond the mountains is Lake Pend Oreille, from which the point of section of the line is completed to Walla Walla on the Columbia River. The gap between here and Puget’s Sound, about 200 miles, over that parallel and broken ranges of the Cascade Mountains, it is most difficult of the whole construction, and will probably be the last completed.
……The Company has not confined itself for the last year to the construction of its main line, but has built some import feeders. A line has been pushed northward from Casselton, in the Red River Valley, forty six miles, which, it is thought, will ultimately be carried northwestward into the British Possessions. A line has been surveyed from Fargo southwestward into the fertile valley of the James River. Still another line is projected from Bismarck southwestward to the Black Hills. The most important of the subsidiary constructions of the Northern Pacific, however, is an extension of the main line eastward from the Duluth along the south shore of Lake Superior to that Montréal River. This was practically resolved upon at the late meeting of the Directory in New York, though the matter was referred, for elaboration of the details of the plan, to a committee consisting of representatives of the Northern Pacific and of various roads in the northern Peninsula of Michigan interested in the extension. The entire scheme embraces the building of a line from Duluth to the Sault Ste. Marie, to give the Northern Pacific a connection with the Canadian system of roads, and, through them, with the seaboard. It is probable the entire execution of this plan will be deferred till after the completion of the line to the Pacific.

The Advertiser of Dec. 3, 1880,
reproduces the list of eatables and drinkables of the night before: