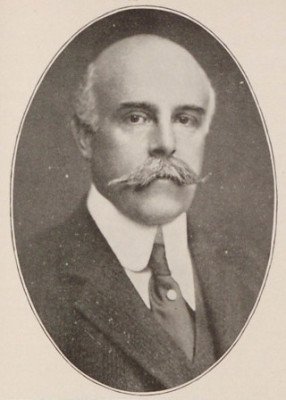 Credible wildlife zoologist, was instrumental in creating the Bronx Zoo, and founded the first organizations dedicated to preserving American bison.

Grant spent his career at the center of the same energetic conservationist circle as Roosevelt. This band of reformers did much to create the country’s national parks, forests, game refuges, and other public lands—the system of environmental stewardship and public access that has been called “America’s best idea.” They developed the conviction that a country’s treatment of its land and wildlife is a measure of its character. Now that natural selection had given way to humanity’s “complete mastery of the globe,” as Grant wrote in 1909, his generation had “the responsibility of saying what forms of life shall be preserved.”

He wrote about the moose, the mountain goat, and the redwood tree, whose nobility and need for protection in a venal world so resembled the plight of Grant’s “Nordics” that his biographer, Jonathan Spiro, concludes that he saw them as two faces of a single threatened, declining aristocracy. Similarly, Roosevelt, in his accounts of hunting, could not say enough about the “lordly” and “noble” elk and buffalo that he and Grant helped to preserve, and loved to kill. Their preservation work aimed to keep alive this kind of encounter between would-be aristocratic men and halfway wild nature.

Grant was a close friend of several U.S. presidents, including Theodore Roosevelt and Herbert Hoover, and also was an avid conservationist. He is credited with saving many natural species from extinction

Which can be read online.