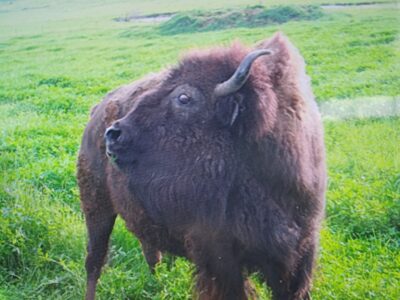 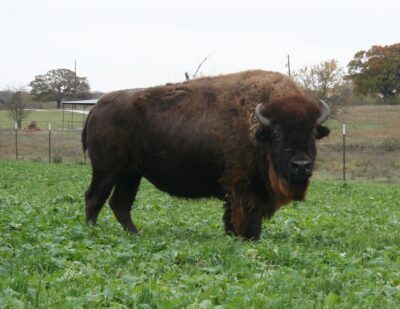 One the U.S. side is the flag showing forward movement (backward) and pictures of all the men noted for helping save the American bison from extinction. 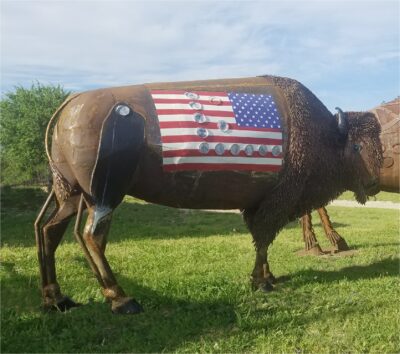 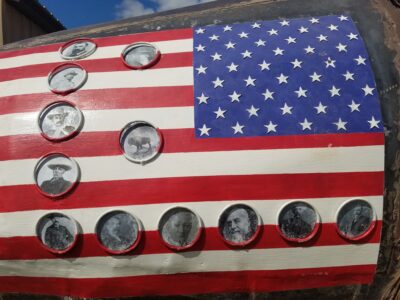 The Canadian side is their flag with the men who help in Canada.
Canadian Bison Association 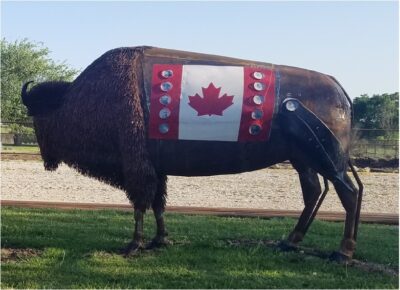 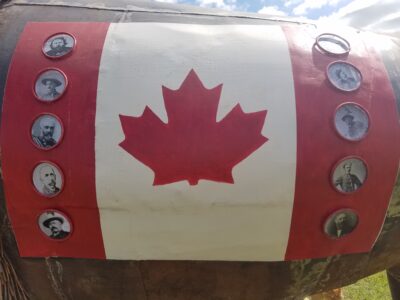 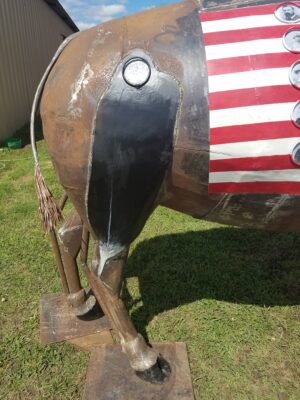 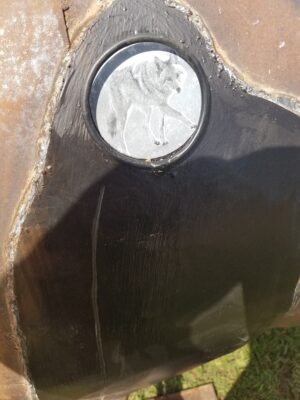 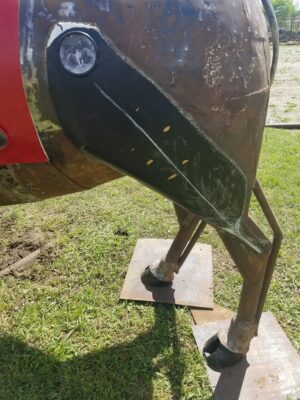 I welded over 16,000 hairs on this metal bison sculpture ~ ‘savior’ and like Demise she is made all from scrap metal. 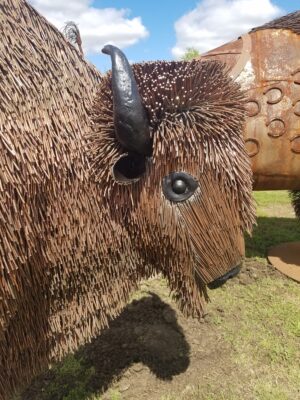