The Buffalo Population and Why It Crashed By Gene Gade President, Vore Buffalo Jump Foundation

Volumes have been written about buffalo. Most emphasis has been placed on the historic period, immediately after the use of the Vore Buffalo Jump stopped (about 1800) through the era of Anglo American expansion into the Plains to the near-extinction of bison some 80 years later.

Multiple Causes of the Bison “Crash” It’s very well documented that over-hunting was a dominant factor in the near-extinction of the buffalo. However, massive outright slaughter was not the only cause. Disease and drought also contributed to the catastrophe. At the end, even the hunting exploitation was not quite as simple as it is commonly portrayed. Up through the period of Vore site use (i.e., prior to 1800 A.D.), Plains Indians hunting was only for subsistence. Archaeological evidence from the Vore site and elsewhere indicates that bison kills were completely butchered and processed. There was minimal waste. However, as the fur trade involving companies from the United States and Britain expanded into the West after 1800 and as Indians in the region acquired horses and improved weapons, the tribes were increasingly involved in the “robe trade”…trading buffalo robes for manufactured trade items. Demand was high for metal items, such as cooking pots, eating utensils, knives, guns, (even metal arrow points), as well as cloth, glass, tobacco, sugar and flour. It was a classic case of rising material expectations. Especially as the supply of and demand for beaver pelts declined in around 1830, buffalo robes, hunted by male Indians and tanned by Indian women, became the “currency” of trade. 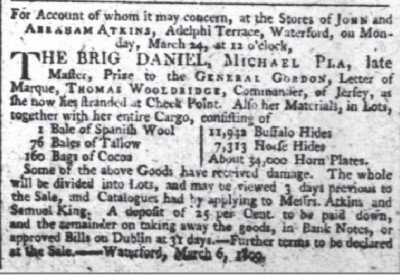 Bison Ecology and Bison Diplomacy:
The Southern Plains from 1800 to 1850

Dan Flores  (The Journal of American History, Vol. 78, No. 2. (Sep., 1991), pp. 465-485) In bright spring light on the Great Plains of two centuries ago, governor  Juan Bautista de Anza failed in the last of the three crucial tasks that his superiors had set him as part of their effort to reform New Mexico’s Comanche policy. Over half a decade, Anza had followed one success with another. He had brilliantly defeated the formidable Comanche nomnekaht (war leader) Cuerno Verde in 1779, and as a consequence in 1786, he had personally fashioned the long-sought peace between New Mexico and the swelling population of the Southern Plains. His third task was to persuade the Comanches to settle in permanent villages and to farm. But the New Mexico governor found the third undertaking impossible. Observers of Plains Indian life for 250 years and committed to encouraging agriculture over hunting, the Spaniards were certain that the culture of the horse Indians was ephemeral, that the bison on which they depended were an exhaustible resource. Thus Anza pleaded with the tribes to give up the chase. The Comanches thought him unconvincing. Recently liberated by horse culture and by the teeming wildlife of the High Plains, their bands found the Arkansas River pueblo the governor built for them unendurable. They returned to the hunt with the evident expectation that their life as buffalo hunters was an endless cycle. And yet Anza proved to be a prophet. Within little more than half a century, the Comanches and other tribes of the Southern Plains were routinely suffering from starvation and complaining of shortages of bison. What had happened? Environmental historians and ethnohistorians whose interests have been environmental topics have in the two past decades been responsible for many of our most valuable recent insights into the history of native Americans since their contact with Euro-Americans. Thus far, however, modern scholarship has not reevaluated the most visible historic interaction, the set piece if you will, of native American environmental history.* On the Great Plains of the American West during the two centuries from 1680 to 1880, almost three-dozen native American groups adopted horse-propelled, bison-hunting cultures that defined “Indianness” for white Americans and most of the world. It is the.end of this process that has most captured the popular imagination: the military campaigns against and the brutal incarceration of the horse Indians, accompanied by the astonishingly rapid elimination of bison, and of an old ecology that dated back ten thousand years, at the hands of commercial hide hunters. That dramatic end, which occurred in less than fifteen years following the end of the Civil War, has by now entered American mythology. Yet our focus on the finale has obscured an examination of earlier phases that might shed new light on the historical and environmental interaction of the horse Indians and bison herds on the Plains.   Dan Flores is a professor of history at Texas Tech University. The author would like to thank Richard White, Bill Cronon, Donald Hughes, Peter Iverson, Donald Berthrong, Eric Bolen, Jim Sherow, and Kenneth Owens for reading and critiquing all or parts of this article. See Jacobo Loyola y Ugarte to Juan Bautista de Anza, Oct. 5, 1786, roll 10, series 11, Spanish Archives of New Mexico, microfilm (New Mexico State Archives, Santa Fe). Ibid One line reads: “use all your sagacity and efficiency, making evident to the [Comanche] Captains . . .that the animals they hunt with such effort at sustenance are not at base inexhaustible.” See also Alfred B. Thomas, ed., Forgotten Frontiers: A Study of the Spanirh Indian Policy of Don Juan Bautista de Anza, Governor of New Mexico, 1777-1787 (Norman, 1932), 69-72, 82. Stable URL: http://links.jstor.org/sici?sici=0021-8723%28199109%2978%3A2%3C465%3ABEABDT%3E2.0.CO%3B2-X The Journal of American History is currently published by Organization of American Historians.

By 1800, the Cheyenne had acquired horses and abandoned village life to become buffalo hunters on the plains of Wyoming. Here the tribe divided. Part of the Cheyenne continued southward into Colorado. The Northern Cheyenne, who remained behind, fought to keep the whites out of their new homeland. The Lakota (Sioux) By 1800, what became South Dakota was labeled as “Lakota land” on maps, even though they had been pushed onto the Plains during the 1700s. Their population numbered in the thousands. The Lakota were also the master hunters of the region. Next to corn, bison meat was the main food for the Lakota. One bison provided enough meat to feed one person for one year. But, by the 1800s, the Lakota were also involved in commercial hunting of bison, selling hides to European traders. http://www.nebraskastudies.org/

By 1800, the Blackfoot nation controlled a lot of north-western North America . In this period, Blackfoot people were nomads. In the summer, they followed the buffalo and hunted them for most of their food. They traveled in small bands of just a few families. If people weren’t getting along, they just changed their band. The Blackfoot were always fighting wars to defend their own land or to get more of somebody else’s land. They fought often with the Cree and the Sioux to their east and the Crow to their south. These wars, combined with frequent epidemics of small pox beginning in 1780, killed many people by the late 1800s.

Nomadic Cheyennes and Arapahos continue to migrate south from Great Lakes Region, ranging south to the Missouri River, and west into the Plains

From the  Lewis Riel Institute

(read more) The Métis Nation became a dominant force on the plains during the late 1700s and way into the 1800s. They were a highly organized body of people. They enacted laws, rules and regulations around the buffalo hunt which later became the “Laws of the Prairie” and the beginning of law enforcement in the area, subsequently adopted by the North West Mounted Police. The initiation of these laws brought the Métis Nation the solidifying process of self-government. The hunt involved organizing hundreds of men, women, children, Red River carts and horses for the westward journeys extending hundreds of miles to where the buffalo grazed. On the return trip, tons of processed buffalo meat and hides had to be transported. The buffalo hunts provided the Métis with an impressive organizational structure and by 1820 was a permanent feature of life for all individuals on or near the Red River and other Métis communities. There were usually two organized hunts each year: one in the Spring and one in the Autumn. The buffalo hunts of this time were carried out through almost militaristic precision and the combined force of a Métis hunt was larger than any other force of its time.