— The Cherokee Nation recently welcomed two bison bulls from Yellowstone to its herd in Delaware County.

The InterTribal Buffalo Council awarded the Cherokee Nation the surplus bison in July. The new additions traveled over 1,000 miles from Yellowstone National Park in Wyoming to the tribe’s bison ranch in Northeast Oklahoma, where they arrived this week.  (read more)

DELAWARE COUNTY, Oklahoma –
Apparently the Cherokee Nation’s bison herd in eastern Oklahoma has adjusted quite well to its new surroundings. A herd of 30+ bison from South Dakota arrived near Kenwood in Delaware County in October 2014. Friday, the tribe says it is expecting six to eight calves by March.

TAHLEQUAH, Okla. (AP) — The Cherokee Nation wants to build a new bison herd to recapture some of the tribe’s heritage, develop businessopportunities and provide a healthy food source for its members, Principal Chief Bill John Baker said.
The InterTribal Buffalo Council has a membership of 56 tribes across nine states and a collective herd of more than 15,000 bison.
According to the group’s website, re-establishing bison herds on American Indian land promotes cultural enhancement, spiritual revitalization, ecological restoration and economic development.
Baker said the council’s quality controls make the contribution even more attractive because the animals will be disease-free and healthy, cutting down on initial investment costs.
The Cherokee Tribal Council also authorized the tribe to receive 1,000 pounds of bison meat from the InterTribal Buffalo Council, which would be served at Cherokee Nation community events.
Baker said that by the terms of the ITBC agreement, the gifted bison cannot be slaughtered; they will be used to produce calves to grow the herd as the tribe sees fit. That meat will likely be distributed through the tribe’s program to help low-income members.
The tribe had a bison herd many years ago, but members were not prepared then to take care of it, Baker said. He expects that tribal members will probably begin ranching bison on their own.

Cherokee Nation Plans to Acquire Bison Dec 31 2013
Indian Country Today Media Network
Now that the Cherokee Nation has joined the Intertribal Buffalo Council, the tribes hopes to acquire bison and then will consult experts about … 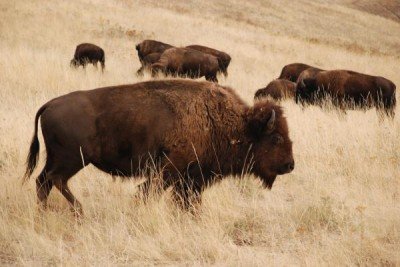 Cherokee celebrate heritage and traditions
Cleveland Daily Banner
… by members of the Cherokee nation and the Eastern Band of the Cherokee as dedications, a Pow Wow, and the annual Blessing of the Bison took place. 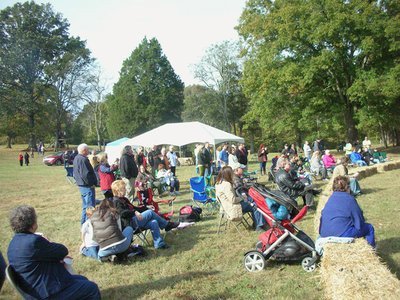 The infamous Trail of Tears occurred 175 years ago and essentially began in Bradley County as Native Americans were rounded up by the federal government and moved to Charleston and other points, such as Blythe Ferry in Meigs County.

The lands of Cherokee and other tribes were taken away by the federal government and Native Americans were forcibly moved westward to a new home in Oklahoma. Blythe Ferry was one of those areas where the Native Americans took their dispatch of 1,000 miles to a new land.
Read more: Cleveland Daily Banner – Cherokee celebrate heritage and traditions