Jamestown, ND – White Cloud and the National Buffalo Museums have been spotted — by CNN, which recently honored them in an article as one of “50 states, 50 spots for 2014.”

North Dakota’s listing for the National Buffalo Museums specifically mentions each of the three white buffalo by name — White Cloud, Dakota Legend, and Dakota Miracle — and encourages viewers to ask where the bison are roaming when they arrive at the museum in the summer.
The museum’s exhibits tell the story of the buffalo, beginning 1,000 years ago through the present day, Penrod said. There’s even an art collection depicting bison from various perspectives.

There are currently 29 head of bison roaming the winter pasture, with 15 on the south side and 14 on the north. The white bison are always on the north side.

All the bison originate from the Theodore Roosevelt National Park, including White Cloud.

After 19 years in Jamestown, White Cloud returns to Shirek Buffalo

White Cloud, the albino bison that has become a symbol of Jamestown, was returned Saturday to Shirek Buffalo.

The National Buffalo Museum announced White Cloud’s departure Monday morning. In the press release, the museum explained that a bison can live in captivity 20 to 25 years. Because of White Cloud’s albinism, her life expectancy is unknown. 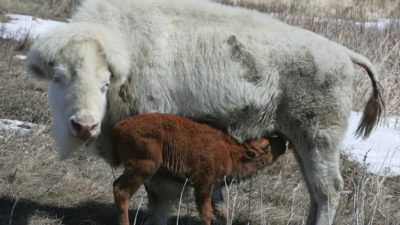 During her time here White Cloud has had 11 bison calves including another white bison named Dakota Miracle. Dakota Miracle remains part of the herd at the National Buffalo Museum.

“We are aware of her health,” said Don Williams, president of the National Buffalo Museum’s board, in the press release. “Summers are hard on her. As an albino, she can’t regulate her body temperature as well in heat.”

Williams said Shirek Buffalo, the buffalo farm where White Cloud was born, will be able to care for White Cloud during the summer in ways the National Buffalo Museum staff and volunteers can’t.

White Cloud was born on July 10, 1996, at Shirek Buffalo Farm. The Shirek family wanted to make the rare albino bison more visible to the public, so the family made a special arrangement with the museum for White Cloud to live with the bison herd that lives on the grounds around the museum in 1997.

The museum staff estimated that more than 3 million visitors have stopped to see White Cloud during the 19 years she was in Jamestown.

While in Wyoming you can check out the Gov. C. J. (Doc) Rogers Greys River Bison Bull Mount held in the Wyoming State Museum.

Jim Allison from the museum said,

“It weighed approximately a ton, stood 70″ tall, and was 98″ long.  The specimen stood in the Wyoming State Capitol building from about 1955 to 2016 when it came to the Wyoming State Museum prior to the start of capitol building renovations.”
This bull has a sorted past and lived from 1946 to 1954, Known to be very aggressive and killed a cow and grazing elk from the Greys River area. Legendary Bison Bulls 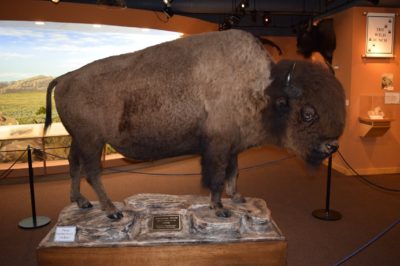 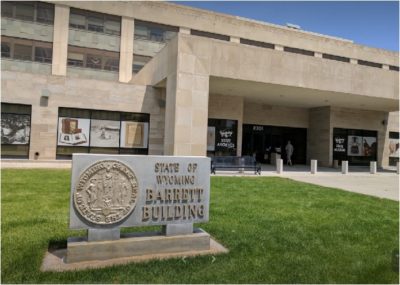 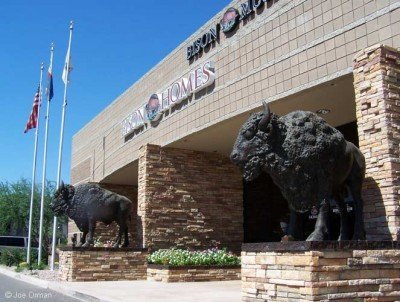 The Bison Museum showcases one of the premier bison and western collections in the country. It includes such notables as the “Dances with Wolves” display with authentic props and memorabilia from the 1990 Kevin Costner movie that won 7 Oscars and won another 29 awards from various cinematography groups worldwide. 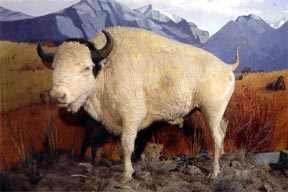 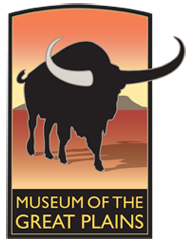 (SALT LAKE CITY, Utah) – Give the gift of the great outdoors this holiday with a Utah State Parks Annual Pass. Explore Edge of the Cedars State Park Museum, hike with bison on Antelope Island, ride the waves at Deer Creek State Park or visit any of Utah’s state parks and museums.

Passes for the 2014 season are available mid-December. Annual Passes sell for $75. Anyone 62 years and older may purchase a Senior Adventure Pass for $35, which offers the same benefits as the Annual Pass. Passes allow the cardholder and up to seven guests in the same vehicle, day-use access to most state parks.

Exhibition at Atlanta’s High Museum explores perceptions of the …

Art of the American Frontier from the Buffalo Bill Center of the West,” includes more than 250 paintings, sculptures, photos, firearms and Native American artifacts … 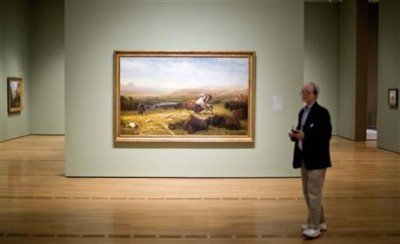 Prehistoric Bison  Bones
These bones belong to a prehistoric bison. The photo was taken by either myself, or my husband, at the Royal Tyrrell Museum of Paleontology, which is in Drumheller, Alberta, and is a fascinating place to visit.

There were many different prehistoric bison species and I am afraid I did not write down the name of this one.


All About Bison ® Registered Trademark