The British Association looks like it is in the making. Their site is not live at this point, however they do have a Facebook page.

Web address is not active http://www.britishbisonassociation.co.uk/

To farm bison it is necessary to have a Wild Animal License this was no problem. However, under EU/United Kingdom legislation bison are treated as normal bovines despite the fact that they are not classed as a domesticated species. 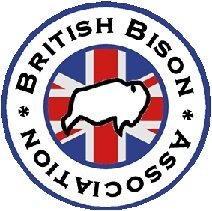 Mary Sworn  01/18/22
For the past few years, it seems as though the world has been making a conscious effort to look after our planet. Indeed with climate change, a lot of each country’s original fauna is struggling. The UK has already reintroduced wild cats in Scotland, and the latest is reintroducing wild bison in England.

Thanks to various reintroduction projects across Europe, bison are once again roaming around in the wild. Three female bison have been released near Canterbury by the Wilder Blean project, as reported by The Guardian.

We’re giving people in the UK – for the first time in over a thousand years – the chance to experience bison in the wild. It’s a really powerful, emotional, visceral experience and it’s something we’ve lost in this country.

The three bison were released in the early hours of Monday, July 18 so they would have plenty of time to find shade before the temperature rises with the upcoming heatwave.

The elder female bison comes from the Highland wildlife park in Scotland, while the other two come from the Fota wildlife park in Cork, Ireland. A fourth bison, this time a male, will join the group in mid-August, its arrival was delayed due to ‘import complications related to Brexit’.

The goal of reintroducing wild bison to the British countryside is for them to act as natural ‘ecosystem engineers’. Indeed as reported by The Guardian, wild bison enjoy bark, and will ‘kill’ some of the trees, allowing light to touch the forest floor. Moreover, bison love to roll around in the dust which will create more space for other species to thrive, such as plants, birds, insects, lizards and bats.

1986 Colin was the first person in United Kingdom to have bison outside zoos .

He sold breeding stock and meat then in 1993 set up the BBA.  He wanted to gather together other bison enthusiasts.  The most number of members was about 40 of which about 10 had animals.  With the passing of years,  regulations have forced many to give up and sadly there are now only three farmers left who have them. They stated “We  will never get rid of ours- We love them too much!”  (Nov 2017)

2005: So far Hornby Castle has six bison cows and one bull – the only ones in the North of England. There are only 124 in Britain.

The bison have been established with the help of a Rural Enterprise Scheme grant. Yorkshire’s first “native” bison should be born next summer and when the breeding herd is established they will be sold on to other farmers. Income will fund restoration of the historic parkland, which is attributed to a pupil of Capability Brown.

Rural Development Service spokeswoman Rebecca Clarkson said: ” It is exciting to see a combination of old and new coming together at Hornby Castle to provide it with new income for the future. The new business adds authenticity to the park and the bison are a novel introduction. Both will help fund restoration work and provide alternative income.”

Bouverie Lodge in Leicestershire. Owned by George and Ruth

Wakeling, (chairman of the British Bison Association) who started raising bison around 2000,  At that time the Government, and successive ones too, was urging farmers to diversify and move away from commodity products and explore niche markets. At the same time there was pressure on the red meat industry over high fat and cholesterol levels.

As George explained for many 100’s of years cattle had been farmed and bred for confirmation and meat yield which had unwittingly led to increased fat and cholesterol levels.

A COUPLE who have been farming bison and deer for 13 years say they are being forced out of business because of a Government crackdown in the wake of the recent horsemeat scandal.

Around 2016: The farm is home to around 150 bison – probably the largest herd in Britain – plus 300 organically farmed deer. The animals roam freely at Bouverie Lodge and do not have to undergo a stressful journey to the slaughterhouse. Instead, they are killed on site by a trained rifleman before the meat is butchered, vacuum packed, and then sold in either the farm shop, at Sutton Bonington and West Bridgford farmers’ markets, or at local food festivals.

Woburn Safari Park in Bedfordshire, United Kingdom,  we have a large herd of North American Bison. They can be seen in their large 16 acre paddock on your drive through to the ticket lane before your entry to the Safari Park. Woburn have kept Bison for over a hundred years!!