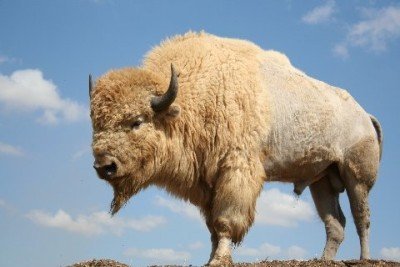 Apache The sacred bison is sacred to all beings, not just to natives. Many may not know that because of their religions but the white buffalo is a symbol of peace and spiritual awareness something that religious people don’t understand yet. Hopefully they will wake up.
Love,
Elia Raining Moon

The main food of the Lipan was the buffalo with a three-week hunt during the fall and smaller scale hunts continuing until the spring.

The Jicarillas (pronounced hek-a-REY-ya) and Kiowa-Apaches, which roamed the Plains, used buffalo hide tepees.
Jicarilla Apaches pursued the great buffalo herds like other Plains Indians, mounted on horses they acquired through raids on the Spanish and Pueblos in the late 1600’s.

Indian groups that hunted buffalo and later adopted a herding economy.
Buffalo herds went south during the winter and the northern Texas plains had limited firewood, making it essential to remain at peace with eastern New Mexico.

Early Apache inhabitants of the southwestern United States were a nomadic people; some groups roamed as far south as Mexico. They were primarily hunters of buffalo but they also practiced limited farming.

Hunting is a part of daily life – for food, clothing, shelter, blankets. Apache hunted deer, wild turkeys, rabbits, buffalo, bears, mountain lions. There was no fishing. Eagles were hunted for their feathers.

They exchanged buffalo hides, tallow and meat, bones that could be worked into needles and scrapers for hides, and salt from the desert with the Pueblos for pottery, cotton, blankets, turquoise, corn and other goods. But at times they simply saw what they wanted and took it. They became known among the Pueblo villages by another name, Apachu, “the enemy”.
Source

The United States Army found their to be very fierce warriors and knowledgeable strategists. The last of the Apache tribe, the Chiricahua, surrendered in 1886. They were deported to Florida and Alabama prisons.

Miss Gracia L– Fernandez, a graduate of the University of Maine, and of the high school here, where she is well-known, is now located at Tule, Apache county, Arizona, where she will remain until March 2. Miss Fernandez has been there for several months and following her profession of teacher. In a communication received by one of her friends in this place, Miss Fernandez has the following to say of her surroundings:

“The most favorable feature of Apache county is the delightful climate. So extremely healthful is it that only the physicians die and they are forced to adopt other means of gaining a livelihood than their chosen profession.

“One would hardly credit the illiteracy of the people here. While the public school system prevails, schools are maintained only about five months in the year. With indifferent teachers and no home incentives toward the acquisition of an education, small wonder is it that the pupil of 18 years leaves school with the knowledge of a third grade pupil of an up-to-date school. Nearly every source of refinement and culture being absent, life is naturally confined to narrow limits. A. newspaper is regarded as a curio only one paper being published in the entire county and that contains only the cattle brands of the various ranch owners. A railroad train is an object of reverence and awe, the nearest railroad station being 90 miles distant in Navajo county. Quite recently I made the trip from Tule to St. Johns with a Mexican family enroute to Winslow, Arizona. With a sudden inspiration the head of the family exclaimed: Pasada manana vere mos el treni!” (Day after tomorrow we will see the train.) Yel humo tambien,” (And the smoke also), sagely replied the senora.

Horseback-riding is universal in this country and well, it may be, as it is the most satisfactory mode of travel over these rough dangerous roads. Fences and guide boards are unknown so one must be adept to find his way on the trail.

“Almost without exception the houses are one-storied and of adobe structure. A woodshed of east would compare favorably with the altogether one-room house of the frontier with its mud floor and walls. Churches are conspicuous by their absence. Ministers like physicians seem to shun this region. One aged Catholic priest of Costa Rica has the mission of the entire country. Between the Rocky Mountains on the west and the grain growing section on the east is a belt of country too dry for either farming or for forests. On these plains the chief vegetation is bunch grass which grows in clusters. It is coarse but excellent food for cattle. Some of these great stock ranches are nearly as large as the smallest New England state. There are few fences and is the immense herds roam about from one part of the country to the other. Twice a year the herds of each ranch are collected for a round up in order to brand the young stock. Some times a young animal tries to escape but quick as a flash the cow boys are after it on their swift ponies. One throws his lariat around its a neck, another lassoes its hind legs and in an instant it is prostrate on the ground. With a hot iron the animal is quickly branded and then liberated.

“In place of these herds of cattle once roamed over these plains the wild bison and instead of the the cowboys, the Indian hunter. Now all is changed. The bison have all been destroyed and the Indians confined to their reservations. Such then is the western  civilization.” Miss Fernandez obtained her present position thru her ability to teach the Spanish language in connection with the English. In a competitive examination passed a short time ago her rank was so high that she will secure a position in one of the large cities of the state in her present line of work, carrying a large salary. Of this fact the may friends of Miss Fernandez will feel gratified. Bangor Commercial