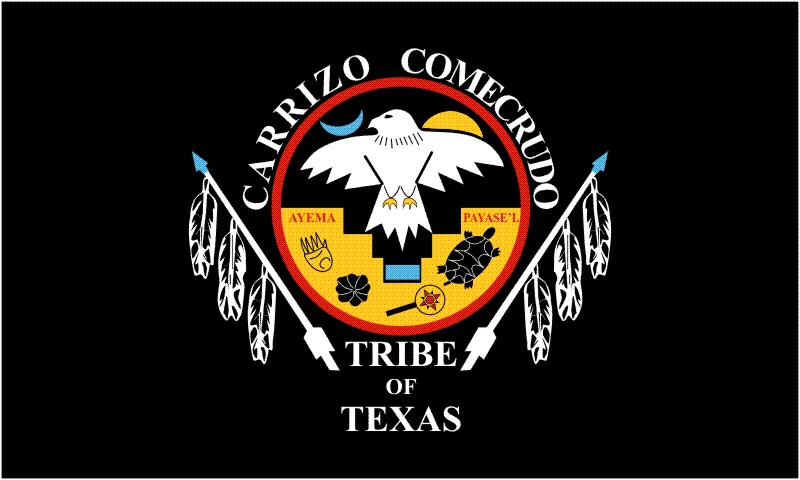 Esto’k gna is the name of the people that give me my Identity. In the English and Spanish Language, we are called Carrizo/Comecrudo. We are named by those that new little about us, because of our Lifeways. We lived in “Reed” house called Wama’k, so the Spaniards used the word Carrizo. Later the after Mexico got it independence from Spain, the Mexican people called us Comecrudo or “eats raw” in English, mainly for eating man raw vegetables. Again I emphasize the names were given to us by people that only observed the basic ways of life. Carrizo/Comecrudo are not Coahuiltecos yet we are the oldest tribal language in Texas. We were here prior to the Uto-Aztecan and Athabascan speakers. Our Dialect is Hokom similar to the people called Cahuilla, Pomo and other tribes along the southwest and up to Oregon. Our language was recorded in a 1886 By German linguist A. S. Gatschett. The language can be found at the Smithsonian Bulletin 127, but the facts are documented in the bulletin.

Inherent in our Lifeways lies our connection to the Creation of the Creator. A connection that is strongly connected to the four legged, plants, crawlers, swimmers, and winged. Our interest in those relatives is indicated by relationship with those that kept able to survive. We honored that which gave us life. The Bear, Deer, mountain lion, badgers, hawks, eagles, we honored all these as relatives. And each of these relatives give an identity to our place in Circle of life. That is why we call them lifeways it is about being part of the Creation not above it or less than it. Life is a process directed by a greater power. We as the two legged need are only a part of the creation. We have the ability to reach an understanding that will lead us to make wise choice that connects to past and future. We learn from the past to make a better world for our relatives in the future. Somehow the understanding of being a bridge between the past and future has not been reached.

I just want to thank those Individuals who have savored the insight to be able to bring life to at least one of the Texas Native species like the Bison. Knowing that a White Bison was killed in the late 1870’s around Snyder, was always a disheartening issue for this indigenous man growing up on the South Plains of Texas. But seeing the great efforts in Texas to bring the Texas Herd back privately and publicly is hope for the survival of species and culture that connected to that species. Both Federally Recognized and Unrecognized indigenous and autochthonous tribes to Texas hold special place honor to the Bison. The white Bison is revered by all the Plains Cultures. It would be good to enter into dialogue with individuals that help bring spirit of the Bison back into the identities of People.

It has been difficult growing up Native in Texas, we were always seen as heathens if practiced our Tribal ways, and because of this many lost their ties to their Tribal Ancestral Identity. It is difficult to be who you are born to be if you have ask permission to do your Ceremonies. We are still needing to preserve and maintain our Tribal ways and send our voices so the Bison can hear us. Having a place to do these things are things that are needed to continue doing the good work toward the Bison Herds. So help us to help you maintain the spirit of Indigenous Texas through the return of the Bison. The Wakate will again help in the survival of the Texas Indigenous People.

For more Information on the Carrizo/Comecrudo Tribe of Texas go to:http://www.carrizocomecrudonation.com/