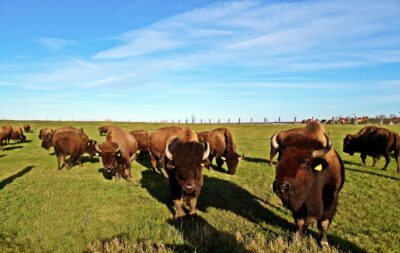 Our bison enclosure has been located in the Saxon resort of Wermsdorf, almost exactly between Dresden and Leipzig, since 2002.

We keep over 60 animals on a contiguous area of ​​almost 40 hectares. So we have a handsome herd here.

Here with us you can get bison meat and admire our beautiful animals in the pasture.

Our bison enclosure is certified organic. Our organic farm is checked at least once a year by an approved organic inspection body.

Our organic bison live outdoors all year round and feed exclusively on grass and hay. In contrast to the fast-growing domestic cattle, our bison are allowed to grow slowly and are only ready for slaughter when they are at least 3 years old.

is located on the northeast slope of the Süntel in the Deister-Sünteltal in the district of Schaumburg.

At times they hosts a large bison festival. In addition to culinary delights in solid and liquid form, there is music and dancing, real Indian tipis and, of course, bison live! 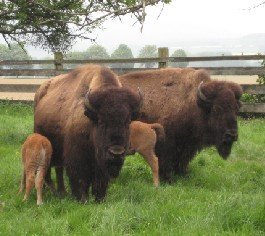 They also have a farm store which they sale bison meat and by-products. (skulls, robes, etc.)

They have had American bison for several years now, 4th generation with 101 acres. Since 2010 we keep bison. Our first animal we bought from the bison farm essel near Hannover (bisonfarm-essel.de). Actual we have 20 bisons. Our plan is to have a herd of 80 to 100 animals. Mainly we want to sell the meat and all other products like fur or skull. Unfortunately the livestock farming is really complicated because of the limited gene pool and we are member of deutscher Bisonzuchtverband e.V. 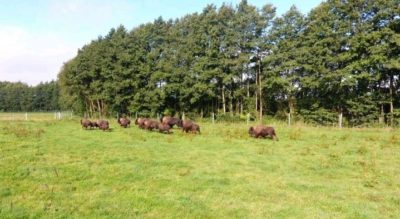 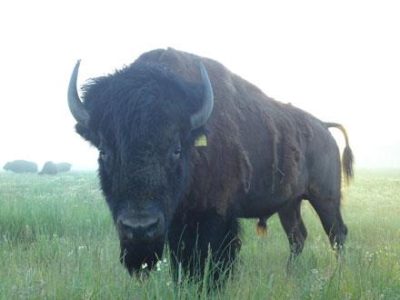 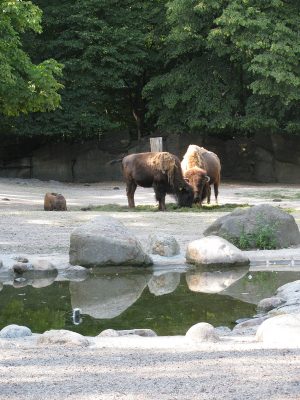 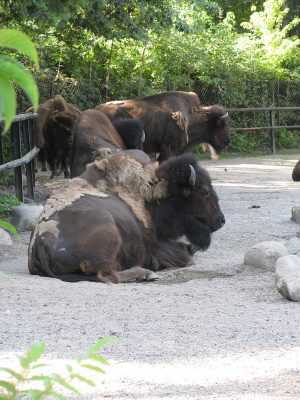 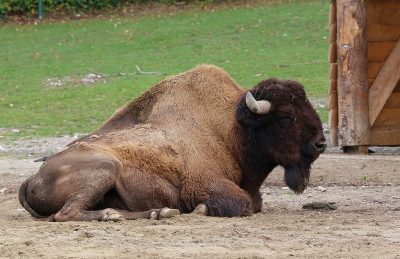 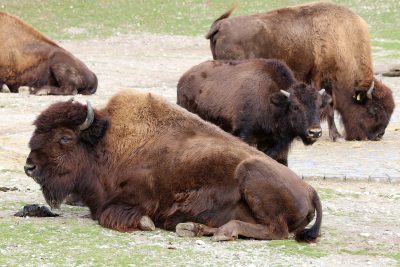 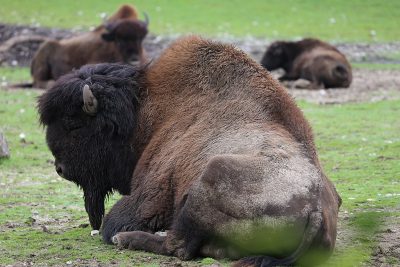 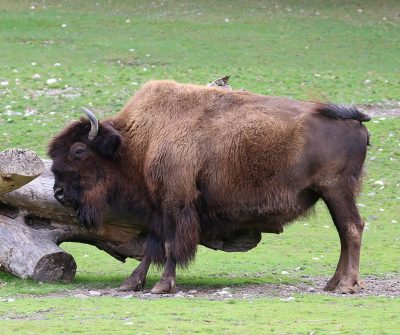 Ten bison are to go from Lincoln park Chicago to Germany As there is no bison industry in Germany there will be no outcry against these ten that they are unhealthy.

The Topeka Daily, Sept 15 1901
ANNALS OF A MONARCH
Buffalo Jones’ Biograph of the Bison
SAYS ONLY 750 ARE LEFT

There are eight in Germany, and the remaining six are in England and Paris. Jones took these 16 abroad and sold them himself. The agent of the royal household at St. Petersburg paid $775 each for the two left there.

Charles Goodnight also shipped bison to Germany, I am not of when they were shipped.