The Lakota people were the first to call this place “mako sica” or “land bad.”

Extreme temperatures, lack of water, and the exposed rugged terrain led to this name.

Pt. I., Zool. Mam., 108.Equus curvidens, Owen. Leidy: Proc. Ac. Nat. Sc, 1847, III. 262. See Proceedings of the American Association, at Cambridge, 1849, II. 352. See the map accompanying this memoir, for the use of which I am indebted to Dr. D. D. Owen.* P. 196. INTRODUCTION. 11 From the high prairies that rise in the back-ground, by a series of terraces towards the spurs of the Rocky Mountains, the traveller looks down into an extensive valley, that may be said to constitute a world of its own, and which appears to have been formed, partly by an extensive vertical fault, partly by the long continued influence of denudation. The valley is about ninety miles in length, and thirty in breadth, and stretches away, westwardly, towards the base of the dark gloomy range of mountains, the Black Hills. Its most depressed portion is about three hundred feet below the general level of the surrounding country, and is covered by a soil, similar to that of the higher ground, supporting scanty grasses. 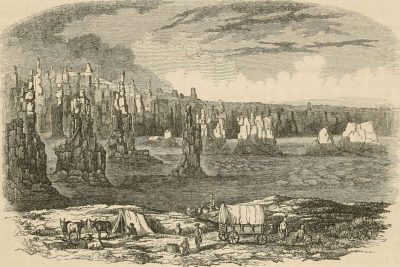 LES MAUVAISES TERRES, NEBRASKA. This is the earliest published view of the White River Badlands. The sketch was made in 1849 by Dr. John Evans when he was in the field with the Owen Geological Survey. The region at that time was a part of Nebraska Territory.

Image from page 18 of “The ancient fauna of Nebraska: a description of remains of extinct mammalia and chelonia, from the Mauvaises Terres of Nebraska” (1853)

This land is loaded with history, fossils, plants and animals of times long ago, to more recent events that we today can easily relate to in our western history. This land has a little bit of a dark history some would claim, so I will try and stick with the more recent activity of bison. I encourage anyone interested to invest a little time read up on the last couple hundred years. 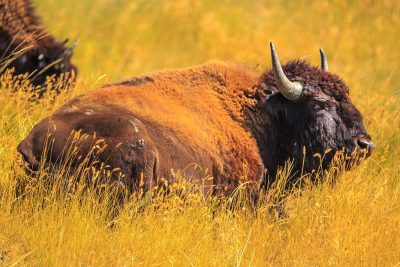 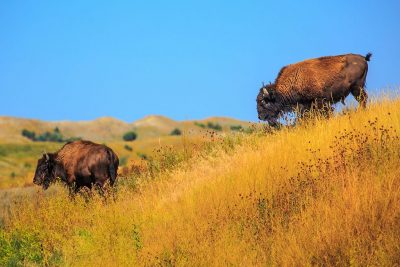