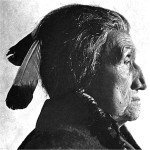 Although aficionados prefer the name Buffalo Nickel, the official name of the coin is the Five Cent Indian Head.

In a letter to Michael Moran (author of Striking Change: The Great Artistic Collaboration of Augustus Saint-Gaudens and Theodore Roosevelt), Roger W. Burdette, who carefully researched archival and other records in the preparation of his book Renaissance of American Coinage 1900–1915, said this:
“Research for my book clearly shows that Fraser identified a bull bison named “Black Diamond” as the primary model of the reverse of his nickel design. That said, there is considerable ambiguity because Fraser also states that he did his sketching at the Bronx Zoo. Records of the era are clear that Black Diamond was never a resident of the Bronx Zoo.I note that Black Diamond lived in the small Central Park Menagerie, which, incidentally, was much closer to Fraser’s studio than the Bronx Zoo. I suspect that Fraser sketched Black Diamond but absentmindedly associated the animal with the much more famous Bronx Zoo. Only a handful of Fraser’s bison sketches exist and none have annotations about the location of subject name. Incidentally, the name “Black Diamond” was commonly used in the New York area. It was the name given to a premium railway train to upstate, and to a natural black diamond in the Museum of Natural History, and was associated with something that was rare, exotic, and of high quality. The Central Park bison was likely named for the train. So, to answer the question: Fraser says Black Diamond was the model and he names no other animal. If correct, then Fraser’s statement about the location is incorrect. If, however, the location (Bronx Zoo) is correct, then the bison must be “unidentified.” Given the Central Park convenience to Fraser’s studio, I tend to go with Black Diamond. After all, the critter was chopped up for steaks in 1915, so I guess he deserves some recognition”.

The model for the beastly figure on the reverse of the coin was Black Diamond, an American bison that resided at the Central Park Zoo. Some numismatic scholars theorize that the bison model may have actually been a herd leader at the Bronx Zoo named, appropriately, Bronx. In reading the article below, you to will wonder. Was it really Black Diamond?

The Native American depiction on the coins obverse is believed to be based on three different American Indians. Two of the American Indians who modeled for Fraser as he sculpted the coin was named by the designer before his death. They were Chief Iron Tail of the Lakota Sioux and Chief Two Moons of the Cheyenne. Although many have claimed to have had a sitting with Fraser for this design, he could not recall the name of the third person, and satisfactory documentation has not yet been found to identify that individual. It is widely believed that the bison on the coin’s reverse was modeled after Black Diamond, a popular attraction at the New York Zoological Gardens.

In the first year of the coin’s issue, 1913, there were two distinct varieties, the first showing the bison on a mound (pictured above) and the second with the base redesigned to a thinner, straight line. Matte proof coins were struck and made available to collectors from 1913 to 1916. The designer’s initial, the letter ‘F,’ appears on the obverse below the date.

The coins are also quite accessible to the average collector as many fine examples covering a variety of dates are available. In total, more than 1.2 billion were struck between 1913 and 1938. Buffalo nickels are also regarded as good luck pieces by some and seem to engender a sense of nostalgia for others.

Dates on Buffalo nickels are easily worn away when used in circulation. The Mint tried unsuccessfully to adjust the design. In 1938, after the minimum 25-year period had expired (without Congressional intervention), it was replaced by the Jefferson nickel. [ source ]

Black Diamond was put up for auction June 28, 1915. However, no bids were received. He was purchased for slaughter in a private sale for $300 by A. Silz, Inc., a game and poultry dealer. He was slaughtered November 17 and “Black Diamond Steaks” were sold for $2 a pound. Fred Santer, a New York taxidermist, mounted Black Diamond’s head and turned his hide into a then-fashionable 13-foot automobile robe.

But……. while searching through archives I found this.

American bison in the yard outside the Buffalo House at the National Zoological Park.

Secretary Gage a few days ago requested the Smithsonian officials to arrange to furnish the bureau of engraving and printing with a picture of the head of a huge bison which is a central figure in the natural history hall of the National museum, the object being to use it on the third of a new series of bank notes that is being issued by the department. The $1 note of this series, which is the handsomest from an artistic standpoint ever issued by the government, has as the central figure an American eagle. The $5 note of the same series has an Indian head, while the $10 note now being made will, in addition to other changes, bear as central figure the head of an American buffalo.

It was the intention to have one of our war vessels embellish this note, but for some reason, the subject was changed. The case holding the group of buffalo from which the photograph was made is not much smaller than an ordinary tenement house and contains a herd of five of the finest specimens of the vanishing bison in existence. The bull whose head will embellish the $10 note is said by Dr. F. W. True, executive curator of the National museum, to be the largest animal ever captured on the Missouri-Yellowstone divide. It weighs at least 1,600 pounds, his vertical height at shoulders being six feet.

In making the photograph the huge glass, which was in two pieces, had to be removed, and it will be replaced with as large a single plate glass as is made. This only illustrates the great care taken by the treasury department to secure, both in portraiture and figure, the best models to be procured, all portraits being made .from the best likenesses of the subject in existence. Chicago Tribune.

Whenever you spend a nickel you pass over the counter a little medallion commemorating two bred-in-the-bone Americans: on one aide an Indian and on the other a buffalo, or, more strictly speaking, a bison. It is highly appropriate that these two Early Americans should be thus recognized on what is the most thoroughly American of coins – though it is rather a pity that their images could not have been on the more colorful bronze.

The bison should not be called a buffalo, for that name by right belongs to the smooth-hided, long-horned beasts of the warmer parts of the Old World, from the Cape buffalo of South Africa to the carabao of the Philippines. But the bison has been so named for so long, and the name so fixed by the immense vogue of that old frontiersman and showman of a former generation, Buffalo Bill, that it is unlikely that the error will ever be corrected.

Although the bison is so thoroughly American, he was, like many other Americans, even the American Indians, an immigrant from the Old World. The great Eurasian continent was the original home of both bison and Indian, and they came here by the same route, the old land bridge that once united Asia and Alaska.

Until the World War there used to be a few hundred survivors of the Old World bison species, mainly in the Baltic region and in the Caucasus Mountains. In classic times and during the middle ages the European bison, or wisent, was very common. But even the few survivors were wiped out during the war and the revolutionary disturbances that followed, so that now there are only about sixty wisent left alive. If these fail to breed, the species will join the dodo and the giant Irish elk, and the only bison left in the world will be those that live in America.
{Copyright 1930}